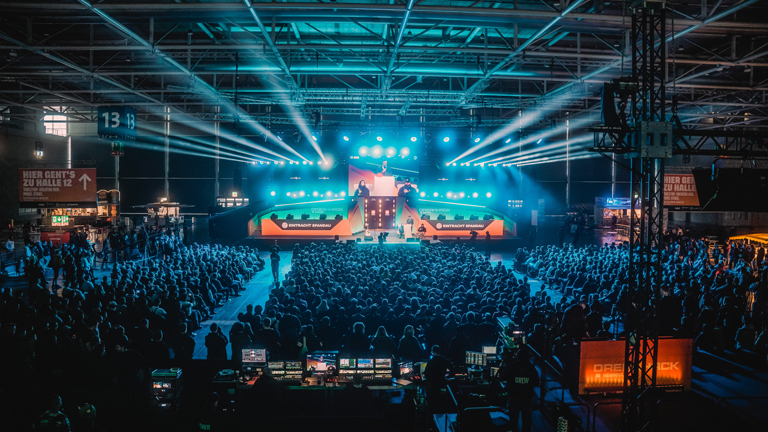 After a two-year break, DreamHack in Germany is finally starting up again with a live audience. The broad programme at the new location was convincing: 21,000 gaming fans flocked to the Deutsche Messe Hannover grounds from 15 to 18 December to experience the esports competitions, tabletop games, cosplay competitions, numerous meet & greets with content creators, and even the world-famous LAN party. In addition, a total of over 100 hours of content was produced for the viewers who tuned in digitally.

“The visitor numbers and the sentiment on site have shown that the community’s desire for gaming festivals is greater than ever,” says Michael Haenisch, CEO of Freaks 4U Gaming. “With a diverse programme and great partners, we were able to create a unique atmosphere, celebrate our gaming culture, and showcase the diversity and uniqueness of the industry at this new location.”

Various championships and grand finals of popular esports titles were held on a total of three stages. “The Grand Melee”, endowed with 100,000 US dollars, was won by the Canadian Hera, who went head-to-head with his opponent Liereyy in the final of Age of Empires 2. The ESL Championship in Counter-Strike: Global Offensive (CS:GO) at DreamHack Hannover was all about the title and a total of 50,000€. In a close match, the BIG Academy team took the victory after overtime and thus ended the winning series of the previous champion Sprout.

In the DACH Evolution Unity, the highest German-speaking Valorant league with €10,000 prize money, Team Dsyre secured victory. A 3:0 against Ovation Esports finally ensured the decision. In the final of Teamfight Tactis with a prize pool of 8,000€, the victory went to Crewlex. Other highlights included the show match between Eintracht Spandau and NoNeedOrga. Cheered on by the fans’ choirs, Eintracht came out on top with a strong 2:0.

The heart of DreamHack Hannover was Germany’s largest LAN party with around 1,000 participants. In addition to smaller tournaments and the chance to play on the big stage in front of a live audience, fans were able to network with their own computers directly on site for four days, play countless games against and with each other and experience a piece of internet culture. Since its foundation in 1994, DreamHack has hosted over 110 festivals in 21 different cities in 13 countries and on five continents.

The cosplay contest with more than 20 participants drew thunderous applause from the numerous spectators on the Main Stage. The cosplayers faced the jury in various categories such as “Best Prop” or “Best Newcomer”. The coveted first place in “Best Craft” went to For Honor Props with its detailed and elaborate costume and took home €5,000 in prize money.

The next DreamHack Hannover will take place from 08 – 11 June 2023. You can find more details about DreamHack on the official homepage or on Twitter and Instagram. 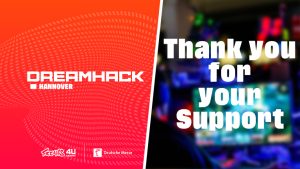 A thank you to our official partners of the LAN-Area: SEINZ., Volvic, R+V Versicherung and JBL Quantum

A thank you to our official partners of the LAN-Area: SEINZ., Volvic, R+V Versicherung und JBL Quantum The LAN area is the heart of DreamHack 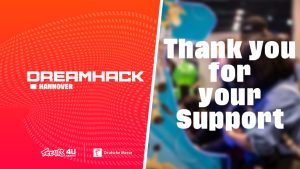 A thank you to our official partners of the Free Play Area: AGON by AOC, fritz-kola and SureFire Gaming.​ 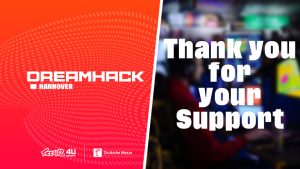 A big thank you to the official partners of the Creator HUB: Philips, Spotify, Shure and Monster Energy

A big thank you to the official partners of the Creator HUB: Philips, Spotify, Shure and Monster Energy At the Creator HUB, streamers and influencers